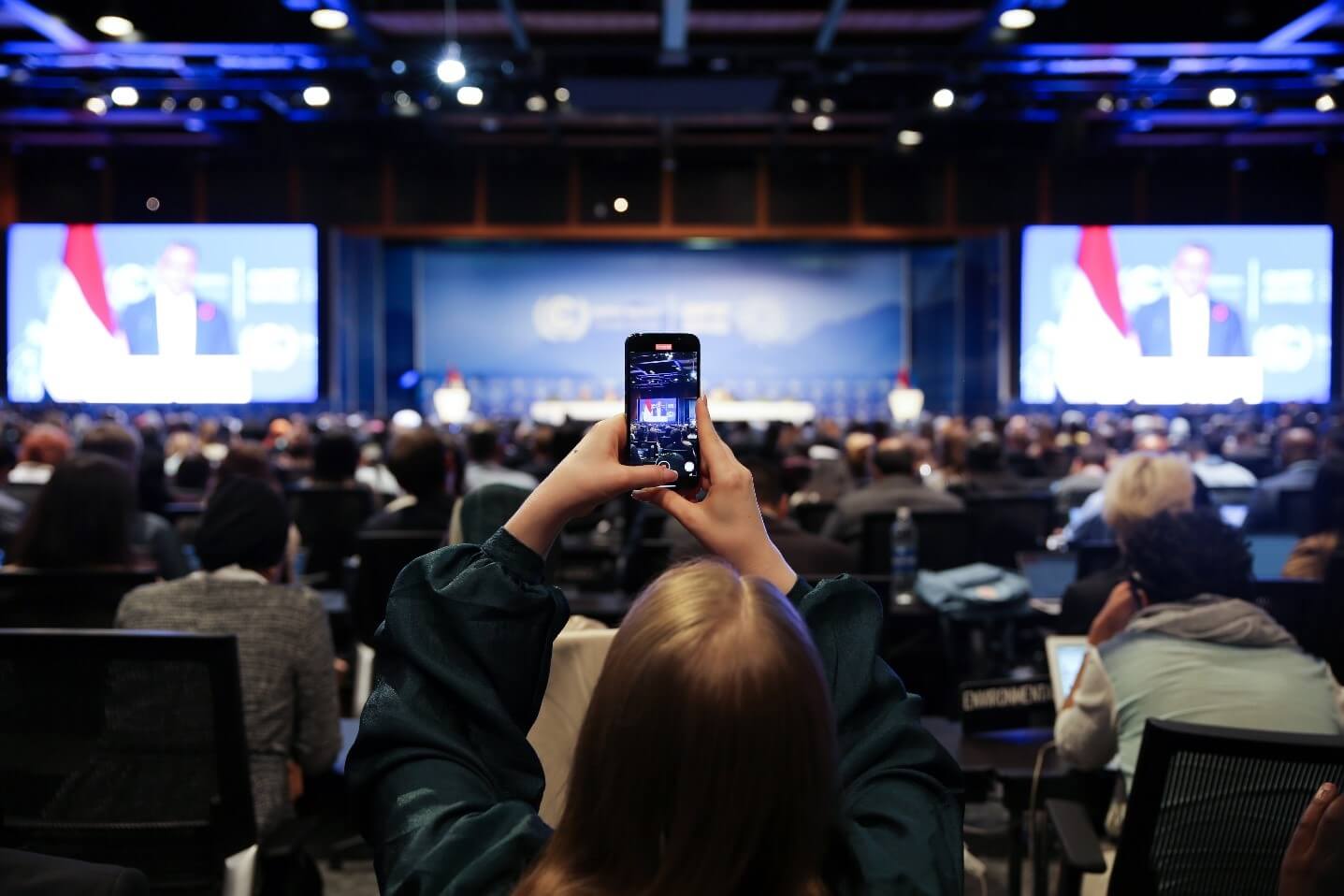 IPBC at the Climate COP27

IPBC at the climate COP27

The 27th Conference of the Parties to the United Nations Framework Convention on Climate Change (UNFCCC COP27 closed on 20 November 2022 with a much-awaited agreement on “loss and damage” funding for vulnerable countries hit by climate disasters, and a package of decisions including the Sharm El-Sheikh Implementation Plan.

Over the two weeks of discussions among negotiators, intergovernmental organizations, and civil society, nature confirmed to be one of the best ways to tackle climate change. Ocean and Biodiversity Day (16 November) showcased the relationship between biodiversity and climate action, both in how climate change threatens biodiversity, and the role biodiversity can play in mitigation, adaptation and disaster reduction, building a bridge between COP27 and the next COP15 of the Convention on Biological Diversity, to kick-off on 7 December 2022 in Montreal, Canada.

At the IPBC official UNFCCC side event “Partnerships to accelerate action to protect blue carbon ecosystems for mitigation and adaptation” (15 November), co-hosted with The Pew Charitable Trusts, representatives from IPBC country Partners Australia, France, the UK, the UAE and the USA reaffirmed their commitments towards the protection, conservation and restoration of coastal blue carbon ecosystems. They highlighted the role of blue carbon ecosystem in capturing and storing carbon dioxide, the main greenhouse gas, making them an important carbon sink. They further emphasized the importance of partnerships across sectors to accelerate action to achieve the global climate, ocean and biodiversity goals.

A lively panel discussion among experts from the UNFCCC Secretariat, the Convention on Wetlands, the International Union for Conservation of Nature (IUCN), Conservation International and the Center for International Forestry Research (CIFOR) further stressed the importance of collaboration to streamline and scale up global efforts for the protection and restoration of coastal ecosystems. This includes strengthening support to countries to include marine and coastal Nature-based Solutions in Nationally Determined Contributions (NDCs) and National Adaptation Plans (NAPs).

At the event, the Hon. Jenny McAllister, Australian Assistant Minister for Climate Change and Energy welcomed the 54th IPBC Partner, the marine and coastal research institute INVEMAR, linked to the Colombian Ministry of Environment and Sustainable Development.

Australia’s Assistant Minister for Climate Change the Hon. Jenny McAllister delivering her speech at the IPBC side event

The IPBC was also the co-organizer together with the Blue Carbon Initiative of the Nature Pavilion side event “Global Leadership on Blue Carbon: Keys to Success” (8 November), featuring diverse perspectives working with communities, governments, NGOs, and other partners to advance blue carbon conservation and restoration, and stressing the importance of transparency and trust as core values of every blue carbon action, as well as the need to incorporate co-benefits beyond climate mitigation in blue carbon projects. 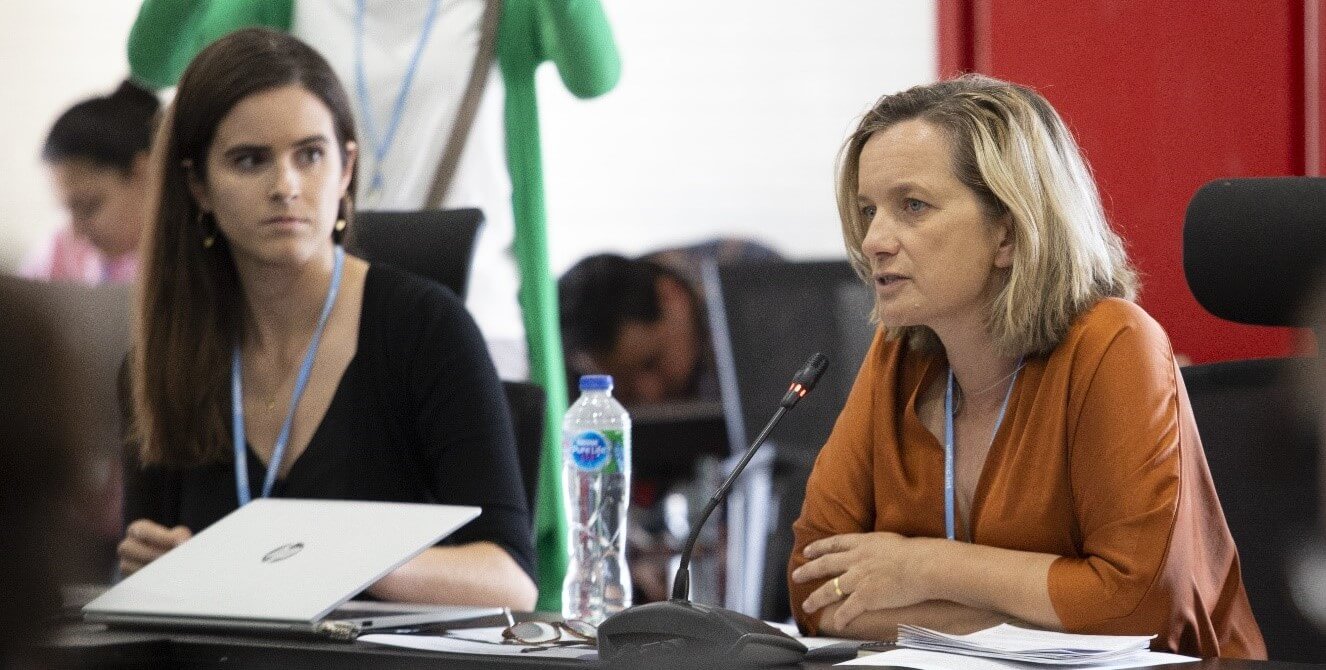 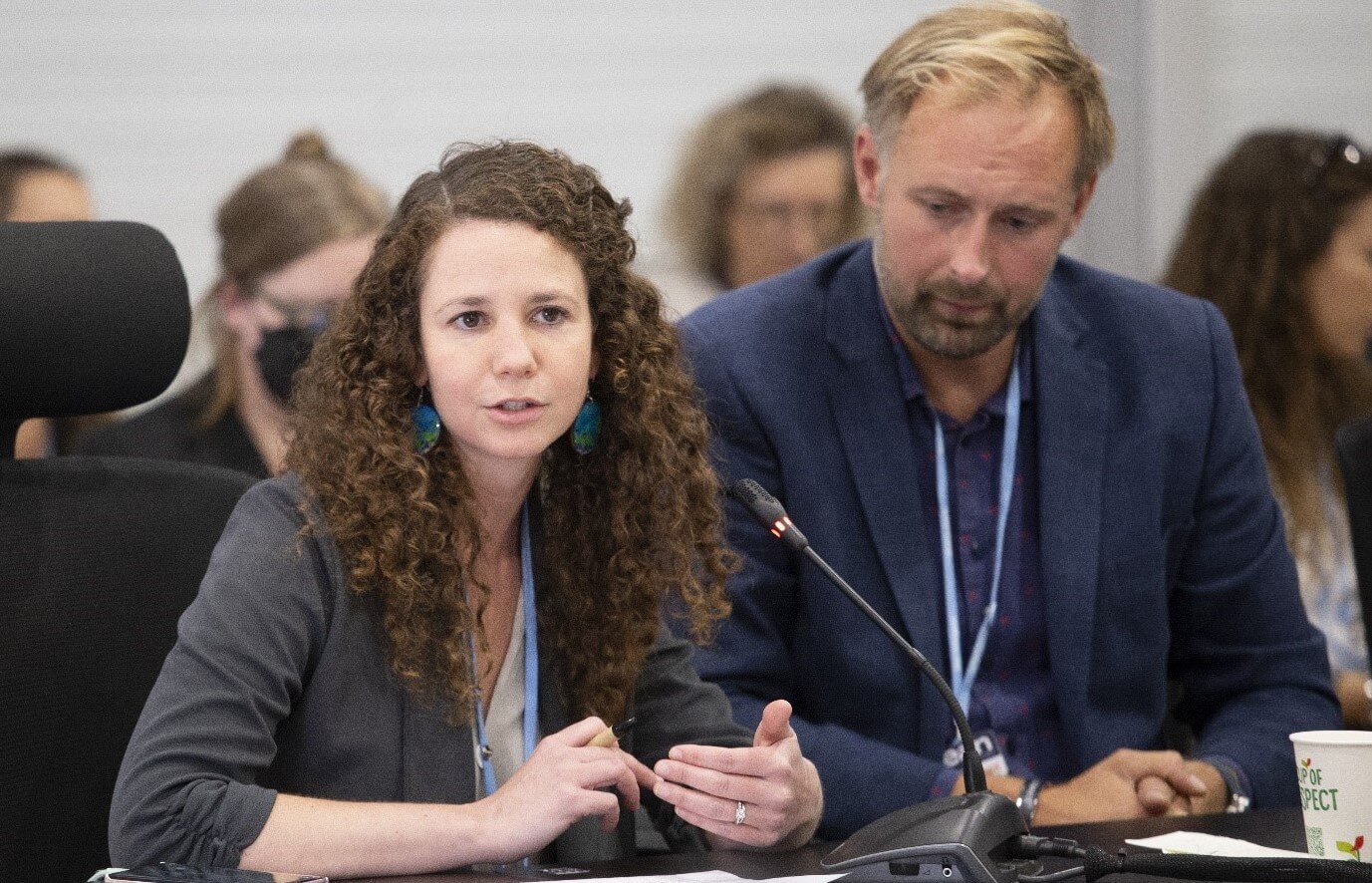 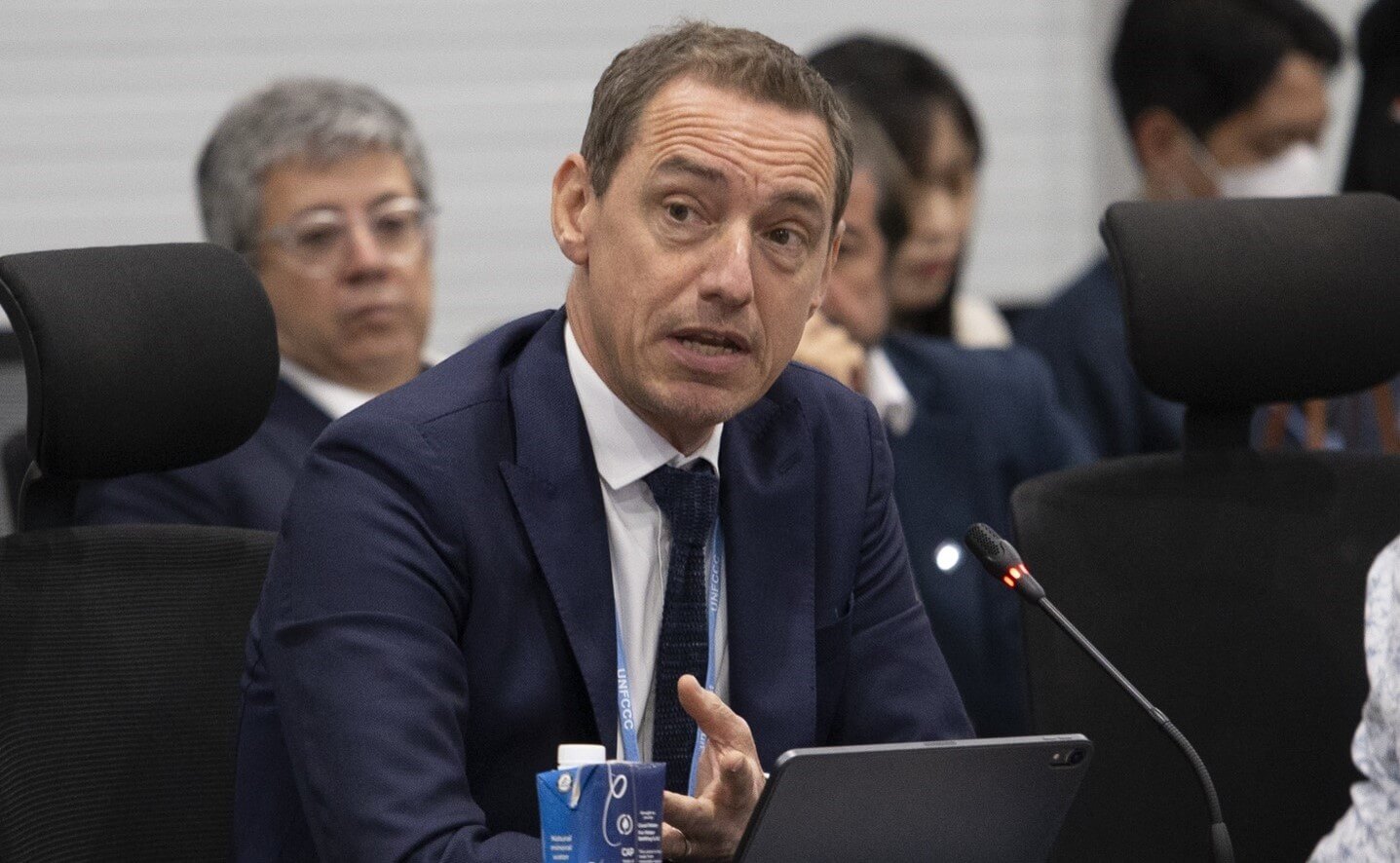 On 12 November, the IPBC Coordinator was invited to speak at the Ocean Pavilion side event “Ocean change: Adaptation and mitigation opportunities and challenges”, organized by the Intergovernmental Oceanographic Commission (IOC) of UNESCO.

Overall, around 20 blue carbon-related side events, either as part of the official conference programme or hosted by Blue Zone’s pavilions, were organized by IPBC Partners.

For the first time, the ocean had a dedicated pavilion at COP27 (Ocean Pavilion, organized by more than 20 science- and research-focused institutions), which contributed to the rich ocean programme at the conference, culminating into Ocean Action Day on 16 November.

Several announcements related to blue carbon were also made over the two weeks of COP: 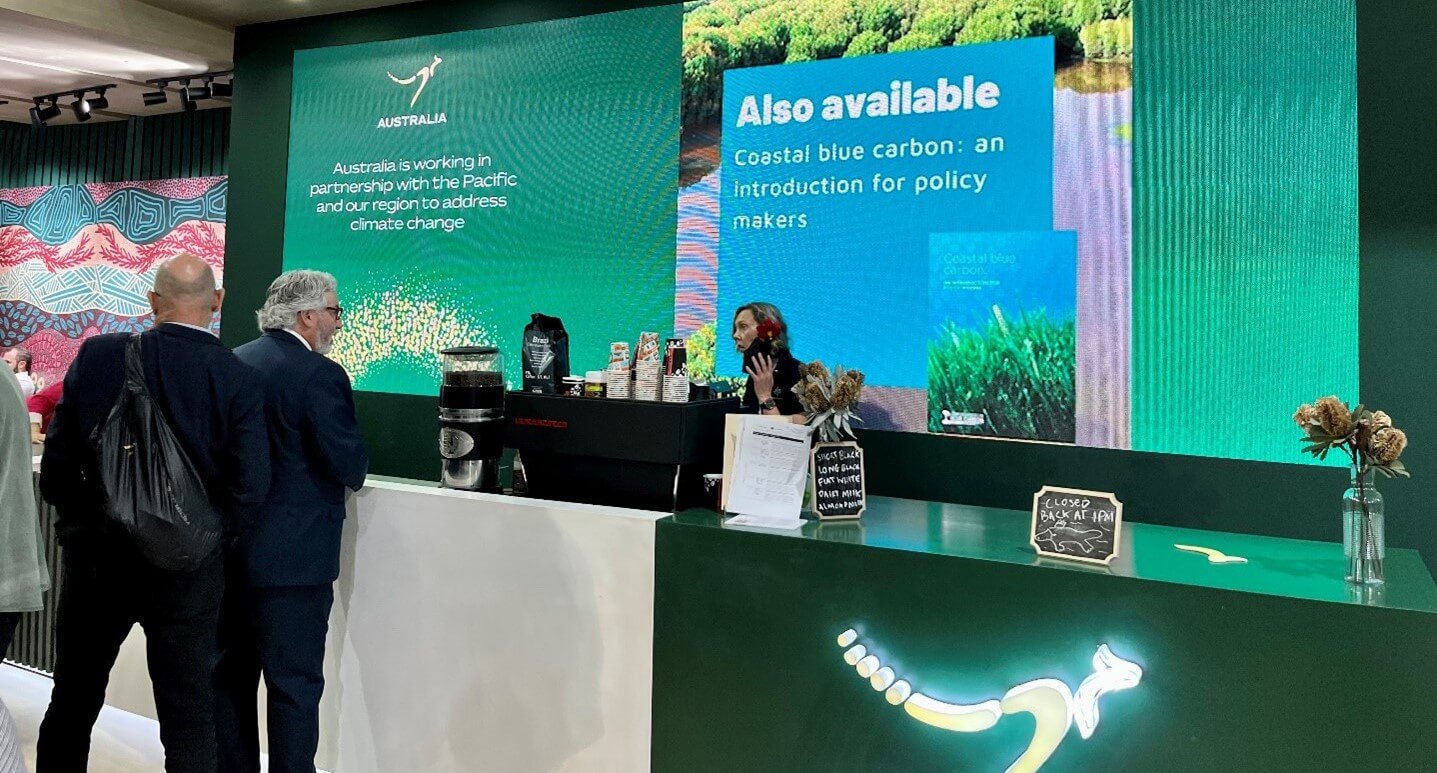 IPBC publications on display at the Australia Pavilion. © IPBC

Further information on the outcomes of COP27 is accessible through: https://unfccc.int/cop27

Recordings are available for the following events:

© 2022 Blue Carbon Partnership. If you would like to more information about the Partnership and what we do, please send an email to ipbc@awe.gov.au